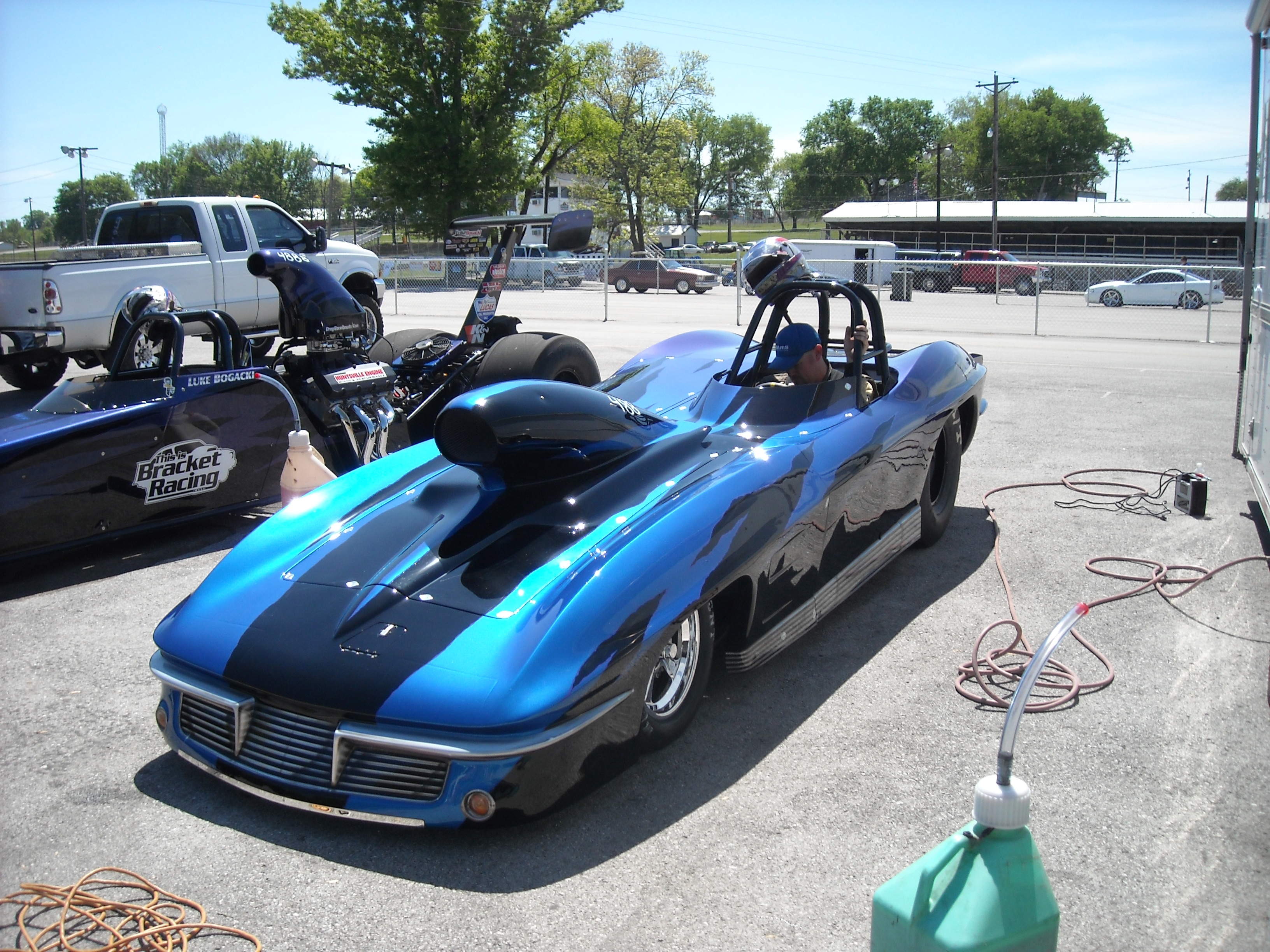 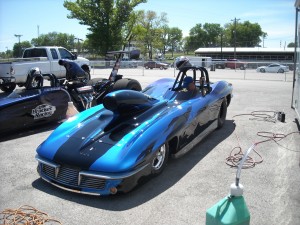 Renowned big money racer, and creator of ThisIsBracketRacing.com, Luke Bogacki, recently took delivery of his new Charlie Stewart Race Cars ’63 Corvette Roadster.  After many long nights at his Carterville, IL shop, Bogacki hit the track in Bowling Green, KY last week for the maiden voyage.  The crew at CSRC spoke with Luke after the first day of testing and he was tickled with the car’s tunability and consistency.  Following the successful test session, Luke is looking forward to kicking off his 2012 NHRA season with three consecutive events:  the Division 4 LODRS at Texas Motorplex (April 20-22), the NHRA Spring Nationals in Houston, TX (April 27-29), and the Division 5 LODRS at Great Bend Motorplex (May 4-6).  “We at CSRC are very excited to have Luke Bogacki driving a roadster from our shop this year.  We’ve known Luke for many years, and look forward to watching him compete this year.  We wish him the best of luck in his pursuit of the 2012 NHRA Super Gas World Championship behind the wheel of his CSRC vette.” – Charlie Stewart